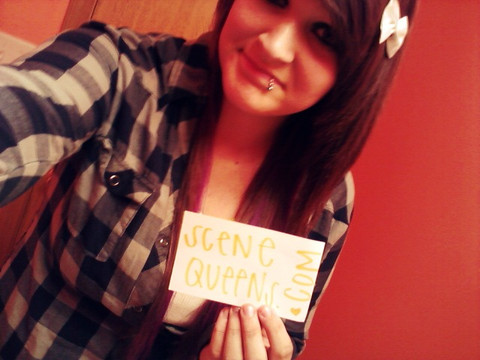 I’m Hayley, I’m 15 & it’s honestly always been my dream to become a famous scene queen. But isn’t that like every scene girls dream? Anyway, I just wanted to say that everybody out there is beautiful, no matter the looks or the weight. Don’t let people bring you down, just be confident in yourself because honestly, it’s not going to matter what they think of you in 20 years, hey, they might not even remember you in 20 years. So just live your life the way you want to & don’t let anybody hold you back because it’s not worth it. I use to have a best friend that did nothing but put me down, but I only stuck around because I knew she had her own problems she needed to deal with, she could have done them in a better way then down talking everybody, but I guess that was just her way of dealing with! things & once I ended the long-term friendship we had, I felt much better, when we would talk, my self-esteem would drop so fast but once she was gone, I feel so much better about myself because I’m not always being put down. Just live your own life & who CARES what other people think, let them believe the rumors they hear about you, because that’ll just keep them wondering.(:

There are no users currently online